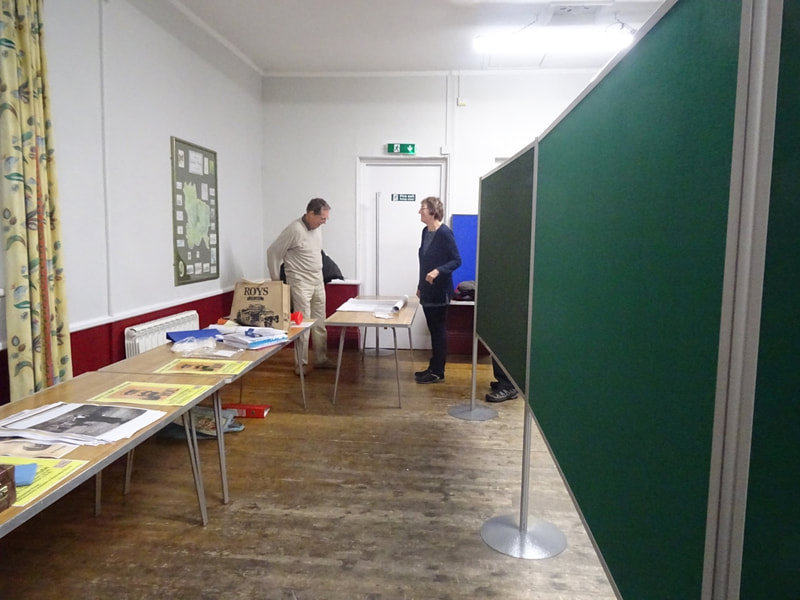 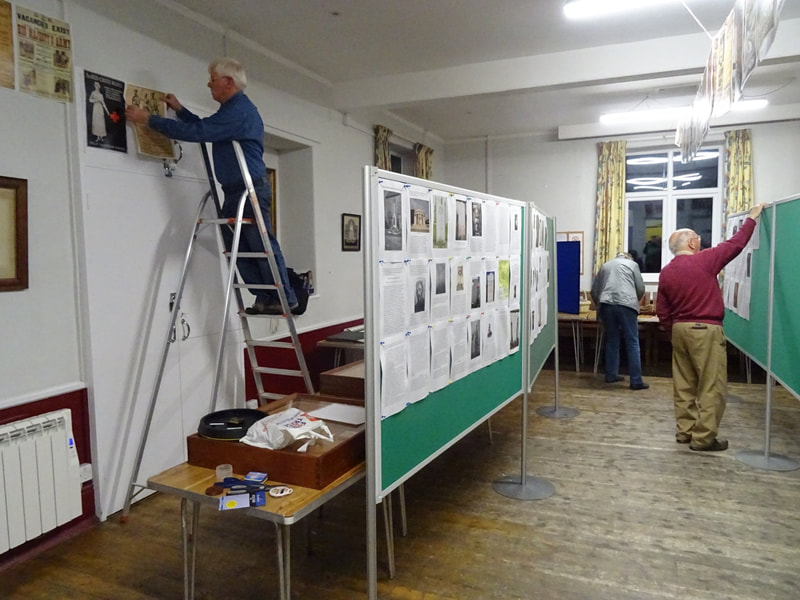 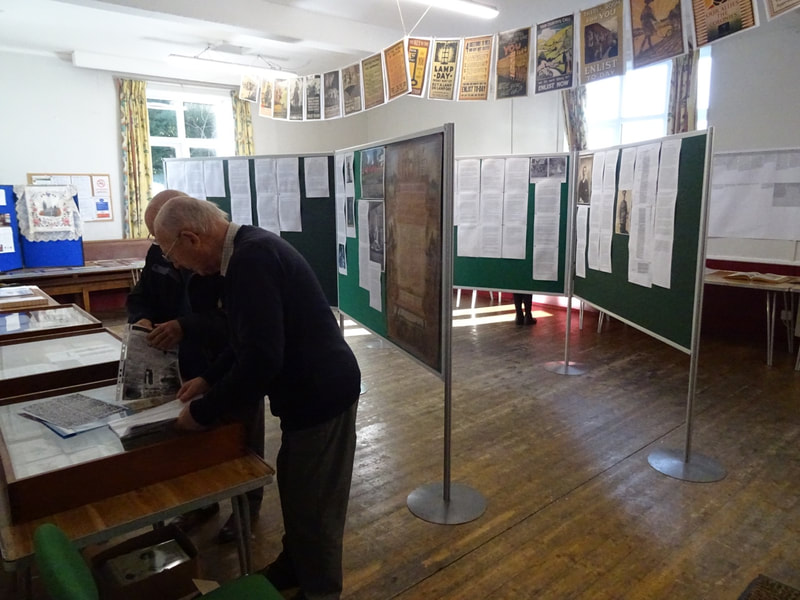 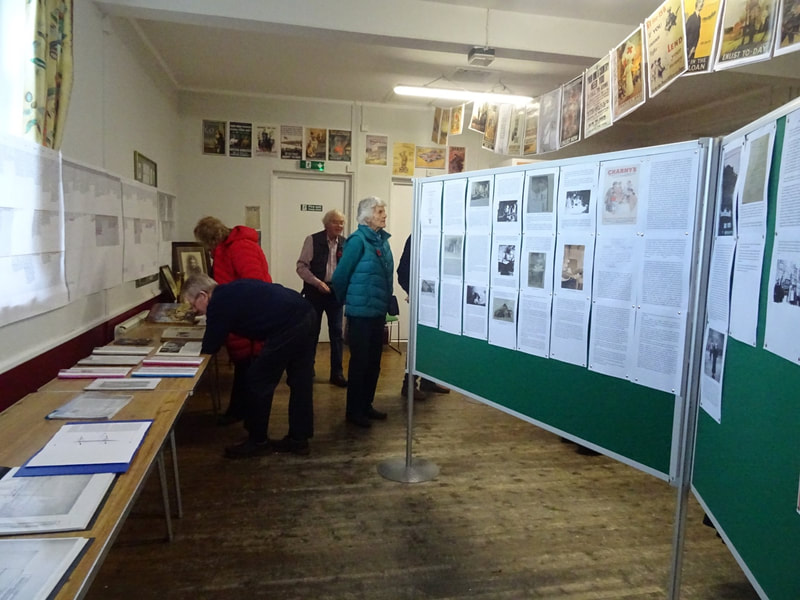 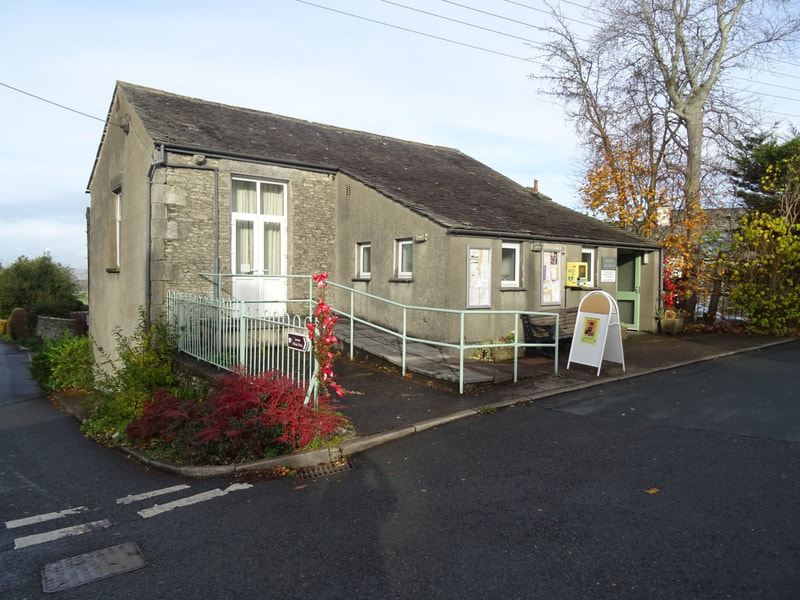 The Institute with Kitchener A board 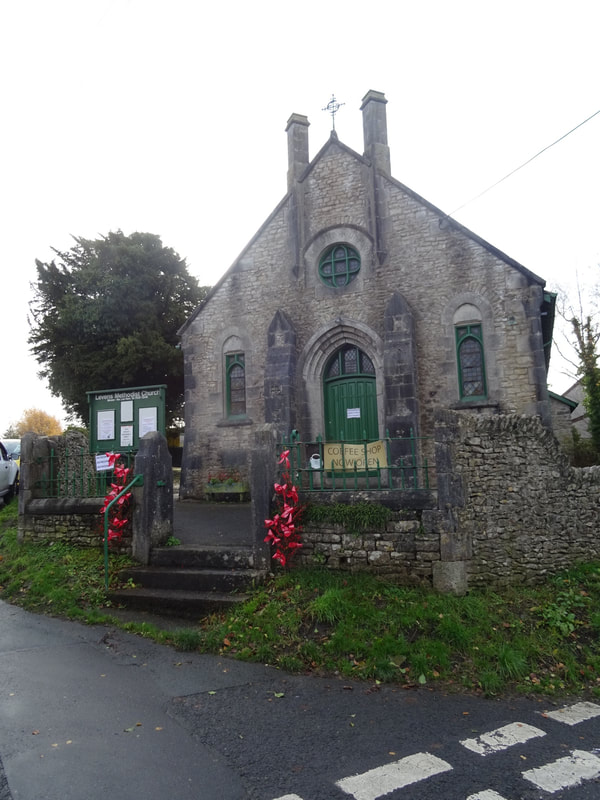 The Methodist Cafe
​The Armistice Centenary day 11 November 2018 was marked by LLHG by the exhibition held at the Levens Institute.  The exhibition contained the fruits of the research work that had already been started by LLHG Committee member Gill Wood on her own account and that done by the rest of the Committee since the beginning of 2018.

In January 2018 the LLHG Committee decided that as a group we should do more to commemorate WW1 than the two talks by external speakers arranged for our March and September meetings, that the we should have an exhibition sometime in November or December, and that members should be encouraged to take part in the research. In the event, most of the work proved to be very time consuming and hence it fell on the Committee members.

By the end of February Committee members were exploring what could be found out about the men commemorated on the village war memorial, the voluntary hospital work carried out by Lady Theodosia Bagot and the Benson family at Hyning, both of which we already had some knowledge. We were also trying to discern the effect of the war on the lives of women, including those not involved in agriculture, as well as in tracing what we could find about conscientious objectors and conscription exemption applicants, the influenza epidemic, the impact on the village school, the women’s suffrage campaigners and those men who had served in and survived the war.

At the outset we were ignorant of what could be discovered and were doubtful if much could be unearthed, but it gradually became clear that enough material could be gathered if we cast the net wide. We researched (using a professional researcher) the Leslie papers in the national Library of Ireland for further information about Theodosia Bagot. We also sometimes went down unproductive paths, for example an attempt to determine which local men of military age served in war foundered because where publicly accessible service records still exist it was too time consuming to correlate these with the 1911 census, and in any case the records are incomplete.

At that stage we applied for and were awarded a grant from the Heritage Lottery Fund to finance both the exhibition and a subsequent book to be derived from research done after the exhibition as well as the work done before.

As well as the online and archive work done by the committee the research involved public appeals for information and the loan of memorabilia, and the result of both produced an exhibition which received over 250 visitors over the 2 days.

The village Institute was decorated with dozens of colour reproductions of  recruiting and propaganda posters from the war years and recordings of contemporary popular songs were played. Refreshments were provided in the adjacent Methodist church. Visitors were able to see display boards containing short biographies of the fallen, most with a photograph of the man, information displays about the voluntary hospital work, a little about the survivors, including Betty the Horse. Similar boards were also erected in the parish church of St. John, for the Sunday Service of Remembrance, where they remained for a further fortnight.

We also put up a Great War Timeline (download it here) in the Institute. This feature gave general information about events month by month throughout the war, with more specific facts about the location and experiences of the Border regiment in combat, and highlighted the dates and names of our own casualties. Amongst these were two men who are not on our war memorial but on those of other communities. Our research showed that they had every right to be commemorated in Levens and the Parish Council included them in their “poppy garden” tribute on The Green.

In addition to the display boards, visitors were able to browse through our collection of  transcribed newspaper cuttings (download it here) and there were table displays of personal memorabilia including tunic buttons, cap badges, steel helmets, embroidered postcards, soldier’s comforts boxes and other items as well as material with a period connection, e.g. shell cases, postage stamps and contemporary publications about the German naval raids on the East coast.

The committee was well pleased with the number of visitors and the appreciative comments that they made and we considered that the exhibition did justice to the events and people it commemorated.